The count down to PD forum has begun and I have begun to feel a stir in my belly for the chance to meet with members of congress to discuss salient matters regarding the needs of all people with Parkinson’s. (on the side perhaps catch a cherry tree blossoming)

Who would have thought that one summer internship, as a high school student learning the ways of the state legislature, role playing a congressional woman would be of great benefit lo this many years later? Since that time, I have had to rely and recall my experiences in law making as I have become an active advocate for Parkinson’s disease and neurological issues in general at Capitol Hill. I am well known in the office of my State Representative Louie Ghomert  due to my many letters and phone calls. Plus, I have had the pleasure of meeting him in my home town once or twice. I still remember with fondness meeting Tip O’Neill Speaker of the House back when I was just a freshmen at college. I have also had the pleasure of serving as Assistant State Representative  for Texas for Parkinson’s Action Network for a number of years, now merged with MJFox. As Fox volunteer, I continue to serve in that function and looking forward to my upcoming trip.

Long before I was a neurologist or PD patient, I was already an activist of human rights and patient’s advocate. I am just glad that I now get to have a stronger voice and hopefully greater influence than in my youth as to the well- being of those with chronic neurological diseases particularly Parkinson’s disease.

We all have a long list of issues we would like to see addressed and changed in order to better the quality of life of those living with and caring for people with PD.

One of my biggest frustrations and dissapointments in caring and treating patients with PD is the lack of access to neurologists followed by restrictions/ limitations in access to medications neeeded. This last point, in my opinion, is the cause why so many with PD do so poorly. There are many states in the U.S. devoid of neurologists much less movement disorder specialists. One of the things, I would like congress to address is the expansion of teleneurology along with passing a law which allows patients to receive the treatment deemed necessary by their treating physicians not a third party who knows nothing of medicine!

Since 1999, Telemedicine has been used for evaluating and diagnosing acute strokes with moderate success across the country; yet despite its many benefits it is still NOT universally used.  (which by the way as an intern at UT -Houston working in the stroke unit I was involved with the inception of this technological way of evaluating remote stroke patients as well as in the stroke scale development). Of course teleradiology (extremely familiar with thanks to my husband’s profession)  has been in practice for years with great success but still with limitations due to credentialing issues across state lines.

However, in regards to this much debated subject the tide maybe beginning to turn as some who have been on the fence regarding this issue  are slowly conceiding its potential benefits. although much work still remains to be done regarding the rules of credentialing, liscencing, liability, and above all reimbursement which is fair to physicians. Nevertheless, 29 states have already passed laws requiering private insurances to pay for telemedicine delivered services same as they would for in patient care.

But, since the majority of neurological patients especially those with chronic disabilities /illnesses are primarily Medicare recipients, the federal government remains the biggest barrier to its implementation. The government has always had back wards thinking when it comes to the rules of medicine …they pay for nursing homes but won’t pay to prevent patients from getting services, treatments and medications to avoid worsening of symptoms or becoming recluse while becoming a burden of  the state and family. they refuse vital ancillary services like PT, OT, ST but instead they are willing to pay thousands more for a hip replacement which many times in the case of PD patients signifies the beginning of the end. yet, they won’t pay for the medications needed to keep these same people from freezing which cause the falls to begin with or the therapy to keep mobile. Rather than valuing the individual care of those suffering with chronic neurodegenerative disease like Parkinson’s to improve their quality of life, and increase  or continue to benefit from their contribution to society  thus diminishing the burden on society and families; currently, Medicare pays nothing for having a physician care for them remotely via telemedicine but rewards those that visit hospital/ university based clinics as well as costly hospitalizations.This type of care serves only to polorize and increase the disparity between urban and rural as well as solvent and financially needy individuals. It’s no wonder we have few or no specialists in rural communities where the majority of patients reside when the physicians time is not deemed as valuable as one practicing in urban setting.

What about thinking about our patients first ? We could unburden some of our caregivers by reducing their drive time and frequent visits to specialists for instance. What about unburdening the care partners by making patients self sufficient and independent because they are on the correct doses of the appropriate medicines not the one the insurance or government thinks we should take because it is cheaper.

An example, I like many of you am a walking pharmacy. As all of you who live with a chronic illness know that a single change can throw a wrench in the whole well oiled machine causing the whole system to come to a complete hault. This is because not only are we experiencing all the systemic effects of our illness but also deal with the myriad of drug to drug interactions thus finding a balance the more meds we take is a true art. Now when everything is fine tuned, you can breath and go about your life without having to give too much thought to the ever present PD. But what happens when every time you go to the pharmacy to get a refill you have to fight to get your meds? not only is this  extremely stressful but worse if suddenly “the insurance” or “Medicare” decide that it’s too expensive and you don’t need this medication but rather something ‘similar’ because its cheaper. They are essentially saying we don’t care about you as an individual, your illness, nor do we care if you fall, get psychotic, or end up dyskenetic or hospitalized all of which will cost insurance 10x more; never mind the emotional and financial anguish incurred by patient and family of patient as long as they same a buck on the front end. either take what they give you and suffer above consequences or like me many times end up paying a heavy price to keep my health in check and out of hospital. there has got to be a better way.

What I am hoping is that some day people with chronic neurological illnesses like Parkinson’s can have better access to providers and the medications they need. Only then can there really be a true improvement and advance in the care of people with PD. What I am also hoping is that someday I can work side by side other great public policy makers like my friend Ted Thompson (Senior Vice-President of Public Policy for MJfox Foundation) as a Public Policy maker myself doing Public Health fellowship through Neurology once my daughter has left home. 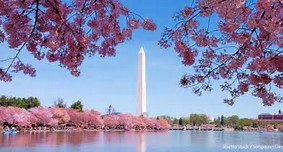 So although sometimes our roads take many unforeseen detours, in the end its the passion within our souls which fuel our destinies allowing us to arrive at the exact destination at just the right time  for the greater good of others. I guess despite PD, I remain a dreamer…after all it is the dreamers who posses the exorbitant imagination that underlies the power to change the world. I like Mr. Smith Goes to Washington intend to prove that one voice can make a difference. Now imagine what we can accomplish together! 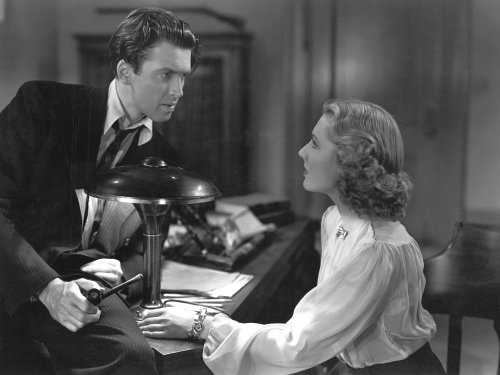 Keep you guys posted on my travels and interactions at the hill. for those going see you there and for those not able to, I hope you feel you and your needs will be well represented.