I feel very blessed to be part of a greatly empowered group of individuals from all around the country, brought together by the generosity  and  leadership of MjFox foundation. We all came collectively to D.C. committed to advancing the cause of Parkinson’s disease which affects nearly 2 million people nationally.  Myself and others are thrilled to speak to congress to ensure a better future for our families and for all those of us who live with PD. We are all advocating for a chance to have the best quality of life possible and to remain productive members of society. 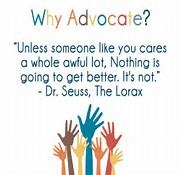 I, personally, have been extremely lucky to have started treatment early in my disease by way of my profession and have access to excellent physicians and colleagues who have helped me remain active for the past decade despite my illness. However many in our communities have not been as fortunate to have access to healthcare, physicians /MDS (since many states lack neurologists), or even be able to afford the latest and newest medications and treatments available making living with PD that much more difficult. Hence, I along with others have descended upon Capitol Hill to make our voices heard on behalf of those who are unable to stand with us physically and the thousands of patients in each of our communities back home.

The goal of our visit is encourage increase funding ($36.6 billion) to the NIH to help biomedical research in all neurological areas but mainly in Parkinson’s disease. We are fast losing ground as a leading medical research country with China fast on our heels; if we don’t secure these funds not only will we lose our status but more importantly human lives will be at stake with loss of employments (we have the brightest minds in the neurological sciences and without money will be forced to move on to something else) and loss of quality of living . This money also helps fund our neurologists/MDS in training without it we will face and even greater shortage. We also know that the more minds working on an issue can potentially increase our odds of arriving to better treatments and a possible cure of any given illness i.e. PD.

Secondly, we are requesting allocating $5 billion to CDC to help put the surveillance act in effect. although bill was passed to start a registry of who and where PD is most prevalent it has not been instituted formally due to lack of funding. if we are to make ways in understanding the causes of Parkinson’s in various subpopulations such as young vs. old or understanding the significance of PD pockets as the one that exists in my neck of the woods in EAST Texas a.k.a. ‘East Texas PD belt.’  Without a national registry we can only estimate the number of people affected, which most of us believe is grossly underrepresented, thus we cannot begin to address the needs of the PD community in its entirety and allocate appropriate resources if we don’t know who and where these people are. Plus, we already know and estimate that the number of PD is on the rise and expected to double by year 2040, so chances are everyone will know someone affected by this illness at some point in their lives and may even have to be a caretaker or a patient themselves.  The DoD (department of defense) also needs money to evaluate PD in military with an increasing number of its soldiers returning with Parkinson’s and Parkinson’s like diseases after serving overseas.

Thirdly, we also want to encourage health care reform that will continue to put the needs of patients first allowing them access to care (this includes physicians and other treatment modalities), to therapies (e.g. PT, OT, and ST) without caps. more importantly, to due away with the donut hole since 80% of PD patients are Medicare recipients on a fixed income and don’t have $8000 in the bank to cover medical expenses like drug therapies. As I have said many times, I firmly believe that patients could do so much better and have greater quality of life if doctors were able to treat their patients without restrictions from the government and allow us as doctors to choose the best treatments available and deemed necessary not what the insurances or government allow.  Having affordable access to the newest treatments would allow millions of people like me to continue the work we do and even continue to have jobs without burdening the system keeping us out of Medicare and institutions.

Finally, the thing to remember is that we patients don’t exist in a vacuum. We could not make it through our days without the help and support of our spouses, families, loved ones and our team of physicians and other healthcare providers. Some have suggested that for every PD person afflicted with this disease 7 other people are affected by it including the immediate family. Thus, fourthly, we would like to support the Raise Act (recognize, assist, include support and engage family caregivers act). Being a full time caregiver puts people who are caregivers at financial disability because they are forced to leave the work force early. this is especially devastating since the majority of caregivers are women who already are at a financial disadvantage compared to men when they stop working not only is their income diminished  but the lose number of credits / earnings eligible for social security upon age of retirement.  since women usually live longer then the burden on society increases. (40 million caregivers who provide 470 billion dollars of unpaid care. 1/4 are millenniums )- thus by supporting this act and making it law we can provide assistance to those of us who have diminished the cost of the government by giving of our time and resources to care for the chronically ill (i.e. PD). this especially important because often times the caregivers themselves (especially as we get older) can also be affected by illness as well.

If you could not join us at the forum this year, you can still do your part by contacting your State Senators and Representatives from your district and ask for the above issues to be considered when voting. Ask your representatives to join the Parkinson’s caucus if not already part of it.

thank you for allowing me to be a representative ….. and let’s bring the  21st century cure act to fruition!  this acts promotes and funds the acceleration of research into preventing and curing serious illnesses.