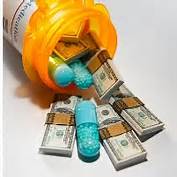 Every time I go to the pharmacy as of late, the joy seems to be knocked right out of my soul for at least an hour. Used to be that I could just call and have my prescriptions delivered to my office no questions asked. Then as the number of medications began proliferating due to my Parkinson’s diagnosis I had to start doing drive through. First, no problem would request pick up and a handful of bottles would be given to me at a reasonable price. Then came the next stage…”please move to next window,” wherein I would sit there patiently each time longer and longer as the pharmacist would have to argue with insurance about coverage with an ever increasing escalation of price and a decrease number of pills given. This eventually led me to having to park and go into the pharmacy to discuss alternative options. Then came the inevitable forced changed by new Obamacare to get Medicare. Although, I had perfectly good insurance which although expensive it allowed me to get my medications without much hassle other than increasing yearly out of pocket cost. But suddenly because of my diagnosis, I was told to be “fortunate” to qualify for Medicare so my other insurance simply refused to cover expenses because under new law I WAS eligible for this so called wonderful privilege of having Medicare! After two months of trying to get the RIGHT Medicare coverage, I obtained the one government assigned to me NOT one I chose because I had too many illnesses. Was this new law not supposed to give insurance to all people independent of health status?

Well, I got insurance. I guess they forgot to qualify as to what sort of coverage people like me with chronic illnesses in reality will obtain!

Now, no longer can I get the medications I want, when I need but is a monthly battle of wits between me, the pharmacist and the insurance company taking a couple of hours at times just to get my meds and sometimes even after this length of time even with letters from the insurance company stating I have approval of medications in hand the insurance company refuses to honor this contract leaving me with two choices due without medicine or pay upwards of $300 per prescription.  All the while, as I sit there I see person after person of all ages and walks of life get the same comment…” Sorry, your insurance did not approve this prescription” or “you must get authorization from your physician first,” as if physicians sole job was to spend all day filling out the hundreds of Forms requested on a daily basis by their patient clientele. No wonder doctors are currently experiencing more burn out and frustration and disappointment in their career choices than ever before. They have no time to treat patients or to practice their calling because filling out mundane useless paperwork. 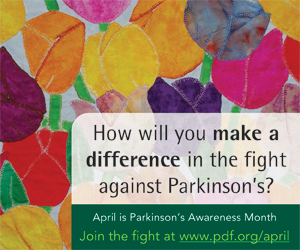 Each time invariably they will say how desperately they need their medication for management of current illness requesting retail price without insurance and the great majority have a sinking saddened look as they walk away without their much needed prescriptions. This is because in the last several years’ retail prescription prices have increased six times faster than 1.5 % inflation. This is according to the new AARP Public Policy Institute (PPI) report. Even the prices of so called generic drugs has escalated to the point of in some cases being more expensive than brand name drugs. The average annual prescription cost has reached new heights of over $11,000 which according to the experts is nearly 75% of the average annual Social Security benefits.

If these trends continue people are simply going to stop medications which are no longer affordable increasing the taxpayers burden of having to not only pay for the extra cost of medications; but also for an increase number of institutionalized people with chronic disabilities like Parkinson’s disease and other neurologically progressive illnesses such as stokes, and Alzheimer’s which will invariably result as their disease progresses due to absence of adequate treatment. As it is now, my opinion and that of many of my colleagues is that many Parkinson’s patients are not well controlled and suffer unnecessary side effects and disabilities due to the contra into in treatment options dictated by each individual insurance plus the increased limited availability of samples or assisted drug programs for patients to qualify under.  For instance although there are no generic alternatives to Azilect many insurances insist of altering doctors recommendations of use of this medication for an older drug Edepryl which has a generic form known as Selegeline HCl. Although both are in same class, they are altogether different in composition. Azilect is much better tolerated and effective MAO-B inhibitor while the former acts as an inhibitor to both A & B.  Another  example for which I believe so many patients suffer from dyskinesias is the persistent use of older traditional levodopa/carbidopa compounds in lieu of newer intermediate release formulations which are shorter acting and have more side effects than newer compounds in my experience. 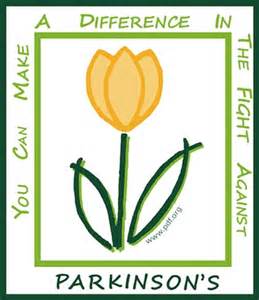 These newer formulations like Rytary are upwards of $ 500 a month no one can take this at these rates especially if they have to take another 10 medications half of which are almost s expensive so they opt for cheaper drugs with higher side effects decreasing their quality of life in the long run. And since we can’t even rely on cheaper generic drugs to offset  the cost of brand name medications and specialty drugs we are threading very dangerous waters leading to serious implications not just for us with chronic diseases like PD but for the entire health care system which will inevitably implode on itself at this rate unless we do something.  As I said many times, we must lobby for our rights to have access to the medications that our physicians feel are necessary for us to have a true quality of life  and not what our insurances or government think is best for us! Lest we become a nation over run with vexation and cost in attempting to care for an increasingly growing elderly population with increased  neurological diseases like PD. Take action and start demanding change today by writing to your state and national congressmen and letting PAN  (Parkinson’s a ion Network) / MJFOX  what the real concern is for it makes no difference if we have a hundred new PD compounds no one can afford except the extremely wealthy.

So, I take my daily Rytary samples with a great deal of gratitude and introspection since it is affording me to feel like myself again after 10 years of battling with this disease. but as I do I am wondering how long I will have to continue feeling like ‘me’ because when samples dry up no longer will I be able to afford to take this expensive drug. I will continue to pray for change in the system for all who have the right to access to medications that allow them to be themselves once more. In the meantime, I will also continue to make use of my time, efforts and  productivity to advance Parkinson’s awareness, fight for better treatments along with a cure with equal affordable access of these treatments for all who currently live with PD.

3 thoughts on “My Experince with the Evolution of Retail Prescriptions:By Maria De Leon”